I've never lived by the ocean, so I can't take part in the whole "fresh seafood vs canned vs imitation" debate. All I know is I work with what I have, and I have imitation crab meat. I personally love it and use it in most of my recipes that call for crab meat. I whipped up a batch of these the other night and gobbled them down (with the help of my hubby of course!) 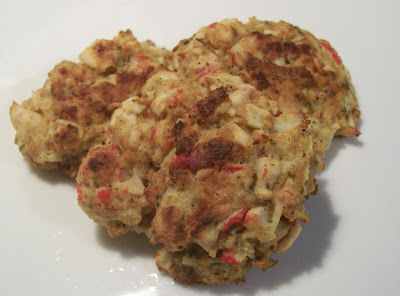 I dont' know about the rest of the country, but Utah is being hit with a BLIZZARD tonight and it's cold! What better way to warm up than with soup. I got this recipe from a church cookbook (which are always my favorite). For some reason I was always afraid to make clam chowder, but it was really simple and hubby thought it tasted fabulous! I had a cold so I couldn't taste very well but I liked it a lot!


Directions:
Drain juice from clams and pour over vegetables in medium saucepan; add enough water to barely cover and simmer, covered, until tender over medium heat until potatoes are tender, about 20 minutes.
Meantime, In large saucepan, melt butter, add flour and blend and cook 1 or 2 minutes. Add cream. Cook and stir until smooth and thick, using wire whisk to blend. Add undrained vegetables and clams. Heat through. Season with salt, pepper and sugar to taste.
Here are the results: 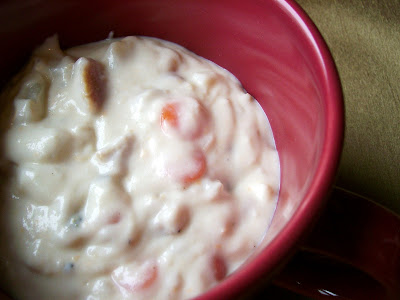 Percy Jackson and the Olympians

After seeing the movie Percy Jackson and the Lightning Theif, I totally wanted to check out the books. I have only read the first two so far but have very much enjoyed them. Here's their description from amazon.com:

"The Lightning Thief Percy Jackson is a good kid, but he can't seem to focus on his schoolwork or control his temper. When his mom tells him the truth about where he came from, she takes him to the one place he'll be safe--Camp Half-Blood, a summer camp for demigods (on Long Island). There, Percy learns that the father he never knew is actually Poseidon, God of the Sea. Soon Percy finds himself caught up in a mystery that could lead to disastrous consequences. Together with his friends--a satyr and other the demigod daughter of Athena--Percy sets out on a quest to reach the gates of the Underworld (located in a recording studio in Hollywood) and prevent a catastrophic war between the gods."

"The Sea of Monsters After a summer spent trying to prevent a catastrophic war among the Greek gods, Percy Jackson finds his seventh-grade school year unnervingly calm. But things don't stay quiet for long. Percy soon discovers there is trouble at Camp Half-Blood: the magical borders which protect Half-Blood Hill have been poisoned by a mysterious enemy, and the only safe haven for demigods is on the verge of being overrun by mythological monsters. To save the camp, Percy needs the help of his best friend, Grover, who has been taken prisoner by the Cyclops Polyphemus on an island somewhere in the Sea of Monsters--the dangerous waters Greek heroes have sailed for millennia--only today, the Sea of Monsters goes by a new name: the Bermuda Triangle. Now Percy and his friends must retrieve the Golden Fleece from the Island of the Cyclopes by the end of the summer or Camp Half-Blood will be destroyed. But first, Percy will learn a stunning new secret about his family--one that makes him question whether being claimed as Poseidon's son is an honor or simply a cruel joke... "

MY REVIEW: Love them so far.... I still have to finish the series. I'm surprised I'm reading so many fantasy books lately, and even though I enjoy the complexity of books like Harry Potter, sometimes I think some writers go too deep into their make believe world. I can't quite describe it but in this series the author describes the battle scenes, which are supposed to be cool, but I just glaze over them unintentionally because I don't find them exciting. That's probably my only complaint. I do love how the story mixes with mythology and it makes me want to read up on Greek Gods now.

This fudge was a staple in our home around the holidays. I am somewhat anti-desserts because most of them are too time consuming (and we are trying to be a little healthier). That said, this fudge recipe is super easy and super delicious! It comes from the back of the Kraft Marshmallow Creme jar and I omit the nuts because they are nasty! 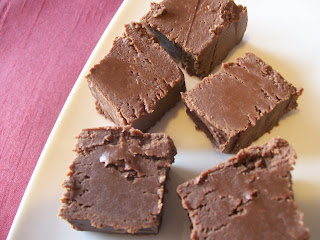 Here's the description from amazon.com:
"Parentless Peewee, 14, and Jake, the big brother she idolizes, live in rural Indiana in 1914. They run a small garage, but face nasty sabotaging from the rival Kirbys. The novel opens with a hilariously macabre twister that tears up Buelahland Cemetery, turning up coffins, and strews Mrs. B. D. Klinefelder's laundry, including her massive step-ins, around the county. The tornado doesn't dare to touch the stern former librarian's grave. The board of trustees closed the library after her death, but that situation is about to change. Irene Ridpath, a library science student from Butler University, arrives with her three equally pretty and wealthy sorority sisters, all of whom drive fabulous cars, sparking Jake's interest (not just in their cars). After many pranks and hijinks, Peewee ends up being the only finisher in a rough-and-ready auto race, an event recounted in the closing chapter when she is an elderly, although still spunky, old lady. A master of capturing voice, Peck aptly conveys the nuances of rural life in the early years of the last century while weaving in early feminism, the history of the automobile, and the message to be oneself. Kids will love the fast-paced action and librarians will guffaw over all the library puns."

MY REVIEW:
I didn't realize that this book was for middle school, just a random pick from the audio book section. That said..... Meh! Pretty boring and the narrator didn't help much either with her drone voice. Don't bother with this one when there's so much more out there!
Posted by Jana H. at 12:06 PM No comments:

With Thanksgiving just around the corner, it's time to break out some of my traditional Thanksgiving recipes. I think this one is a classic, and if you haven't had it before, shame on your family!

Directions:
Preheat oven to 350 degrees F (175 degrees C).
In a medium casserole dish mix together green beans, milk, cream of mushroom soup, and 1/2 of the can of onions.
Bake for 25 minutes in the preheated oven, until heated through and bubbly. Sprinkle remaining onions over the top, and return to the oven for 5 minutes. Season with salt and pepper to taste.

Here are the results: 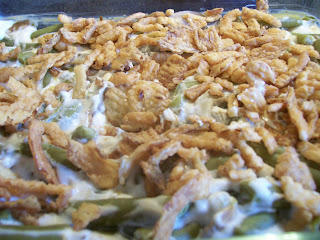 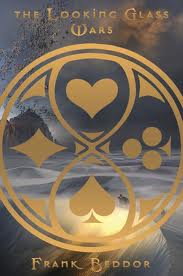 Here's the description from the author's website:
"The Looking Glass Wars unabashedly challenges the world’s Carrollian Wonderland assumptions of tea parties, dormice and a curious little blonde girl to reveal an epic, cross dimensional saga of love, murder, betrayal, revenge and the endless war for Imagination. Meet the heroic, passionate, monstrous, vengeful denizens of this parallel world as they battle each other with AD-52’s and orb generators, navigate the Crystal Continuum, bet on jabberwock fights and slip each other the poisonous pink mushroom. Finally, someone got it right. This ain’t no fairytale.
Alyss Heart, heir to the Wonderland throne, was forced to flee through the Pool of Tears after a bloody palace coup staged by the murderous Redd shattered her world. Lost and alone in Victorian London, Alyss is befriended by an aspiring author to whom she tells the surreal, violent, heartbreaking story of her young life only to see it published as the nonsensical children’s sojourn Alice in Wonderland. Alyss had trusted Lewis Carroll to tell the truth so that someone, somewhere would find her and bring her home.
But Carroll had got it all wrong. He even misspelled her name! If not for the intrepid Hatter Madigan, a member of the Millinery (Wonderland’s security force) who after a 13 year search eventually tracked Alyss to London, she may have become just another society woman sipping tea in a too-tight bodice instead of returning to Wonderland to battle Redd for her rightful place as the Queen of Hearts."
MY REVIEW: A fun twist on Alice in Wonderland. Beware: it's part of a trilogy so if you read one, you'll want to read the rest. I think I enjoy fantasy more than I realize, but sometimes the details go over my head. The author is detailed in his battle scenes and sometimes my eyes just glazed over his descriptions. The plot was excellent though and I'm already starting on the second book Seeing Redd.
Posted by Jana H. at 5:54 PM No comments:

My husband hardly ever eats the same dinner twice. No joke, I cook that much variety. However, there are a few go-to meals that I make when I'm in a hurry, I'm in a pinch, or the recipe is just that good, I want to make it again. This one fits into all of the categories. I hope your family loves this recipe as much as I do.

1. Beat cream cheese with electric mixer on medium speed until smooth. Add 1 cup of the cheddar cheese and onions; mix until blended.
2. Spread 1/4 cup cheese mixture down center of each tortilla; roll up. Place, seam-side down, in 11x7-inch baking dish. Pour salsa over tortillas. Sprinkle with remaining cheddar cheese; cover. Bake at 350 degrees F for 20 to 25 minutes or until thoroughly heated.

I hate the winter, the sun goes down too early so my pictures aren't nearly as good so pardon my picture. Here are my results: 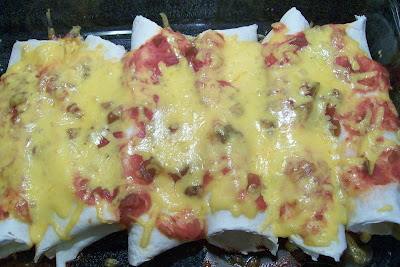 I used to never make up my own recipes. I really only do so now if there is a need. The other day I NEEDED to use up some produce and so this recipe came about. Pretty tasty if I do say so myself.

Here are the results: 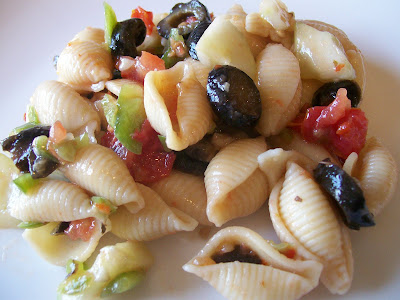 Asian food is a favorite of mine, but it always takes too long to make, until now. These peanut butter noodles are so easy. I couldn't find UDON noodles anywhere so I just got low mein noodles in the Asian section of the grocery store. It was fairly good. Here's the recipe:

1. Bring a large pot of water to a boil. Add noodles and cook until tender according to package directions. Drain.
2. Meanwhile, combine chicken broth, ginger, soy sauce, peanut butter, honey, chili paste, and garlic in a small saucepan. Cook over medium heat until peanut butter melts and is heated through. Add noodles, and toss to coat. Garnish with green onions and peanuts.


Here are the results: 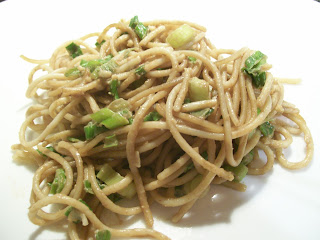