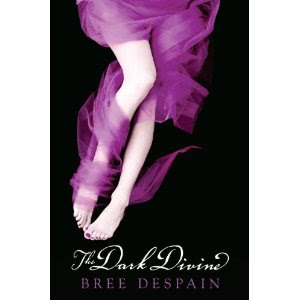 The description of The Dark Divine as found on amazon.com
"Grace Divine, a pastor's daughter, doesn't think she lives up to the name that her father tells her means "heavenly help." Her brother, Jude, a church volunteer whose faith seems unshakable, has always seemed to be the more "graceful" Divine. When his friend Daniel returns to town after a long and mysterious absence, Jude recognizes Grace's attraction to him but urges her to stay away with unusual vehemence. Against his advice, Grace begins a relationship with Daniel, whose reluctance to discuss his disappearance piques her curiosity. As she attempts to uncover the mystery of Daniel's past, Jude discourages her investigations with oblique references to an ancient evil and a transforming curse. The novel builds to a dramatic climax involving the surprise revelation of a Divine family secret and a violent confrontation that suggests a possible sequel. Despain's first novel mixes romance and the supernatural and offers true love as the ultimate defense against lycanthropes. This long novel is a slow starter, but as Grace discovers unexpected local connections to the mystery of Daniel's absence, the pace picks up and the suspense builds. Although not a novel of Christian fiction, the book's thematic investment in faith and sacrifice distinguishes it from traditional supernatural romances."

MY REVIEW: I really did enjoy this book. I thought it was another Twilight Ripoff, but it totally wasn't. This one actually had a plot and was very well written. It had me thinking and guessing up until the last chapter. I really liked this book and was glad I read it.
Posted by Jana H. at 10:36 PM